Leopards are graceful and powerful big cats closely related to lions, tigers, and jaguars. They live in sub-Saharan Africa, northeast Africa, Central Asia, India, and China. However, many of their populations are endangered, especially outside of Africa. 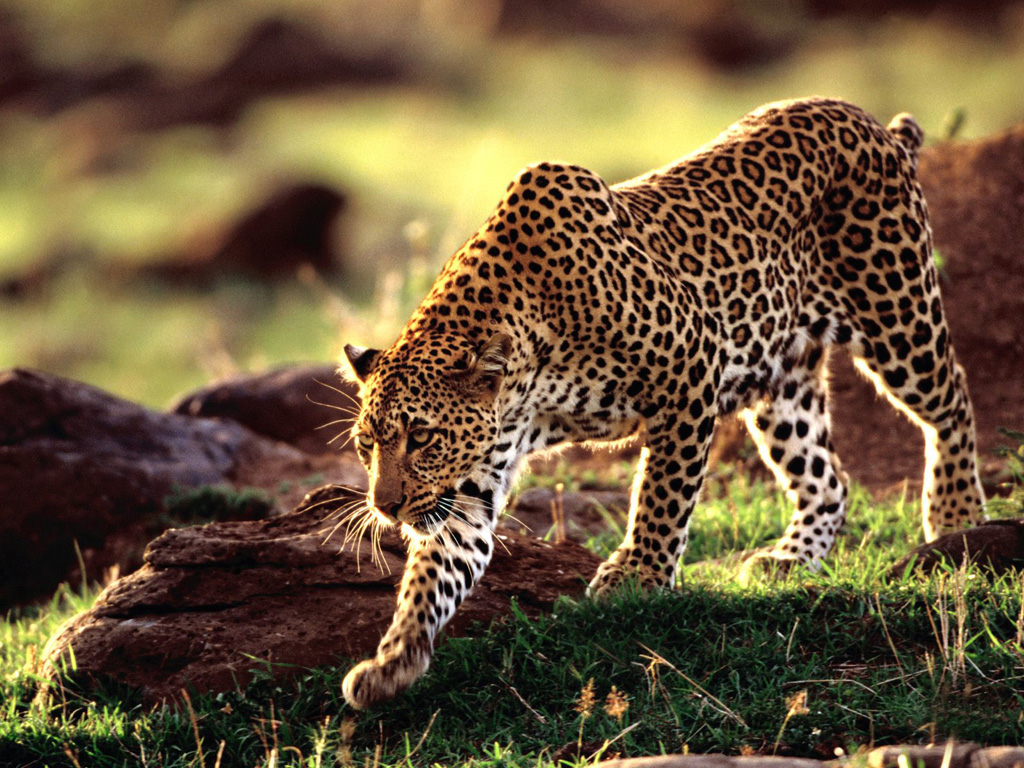 The leopard is so strong and comfortable in trees that it often hauls its kills into the branches. By dragging the bodies of large animals aloft it hopes to keep them safe from scavengers such as hyenas. 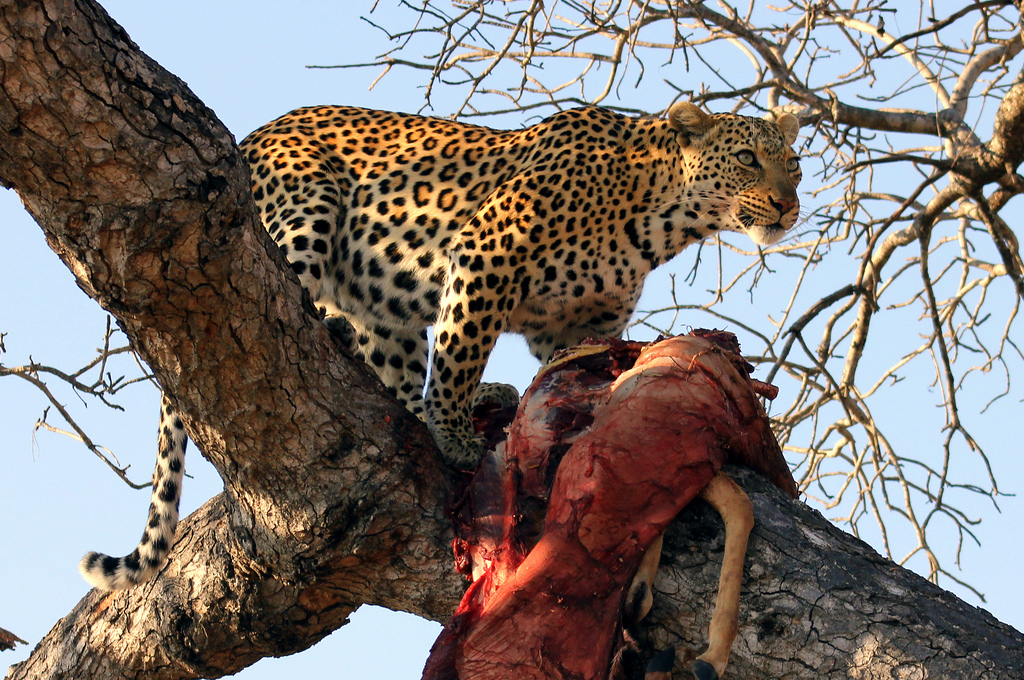 Leopards can also hunt from trees, where their spotted coats alow them to blend with the leaves until they spring with a deadly pounce. These nocturnal predators also stalk antelope, deer, and pigs by stealthy movements in the tall grass. When humans settlements are present, leopards often attack dogs and, occasionally, people.

Leopards are strong swimmers and very much at home in the water, where they sometimes eat fish or crabs. 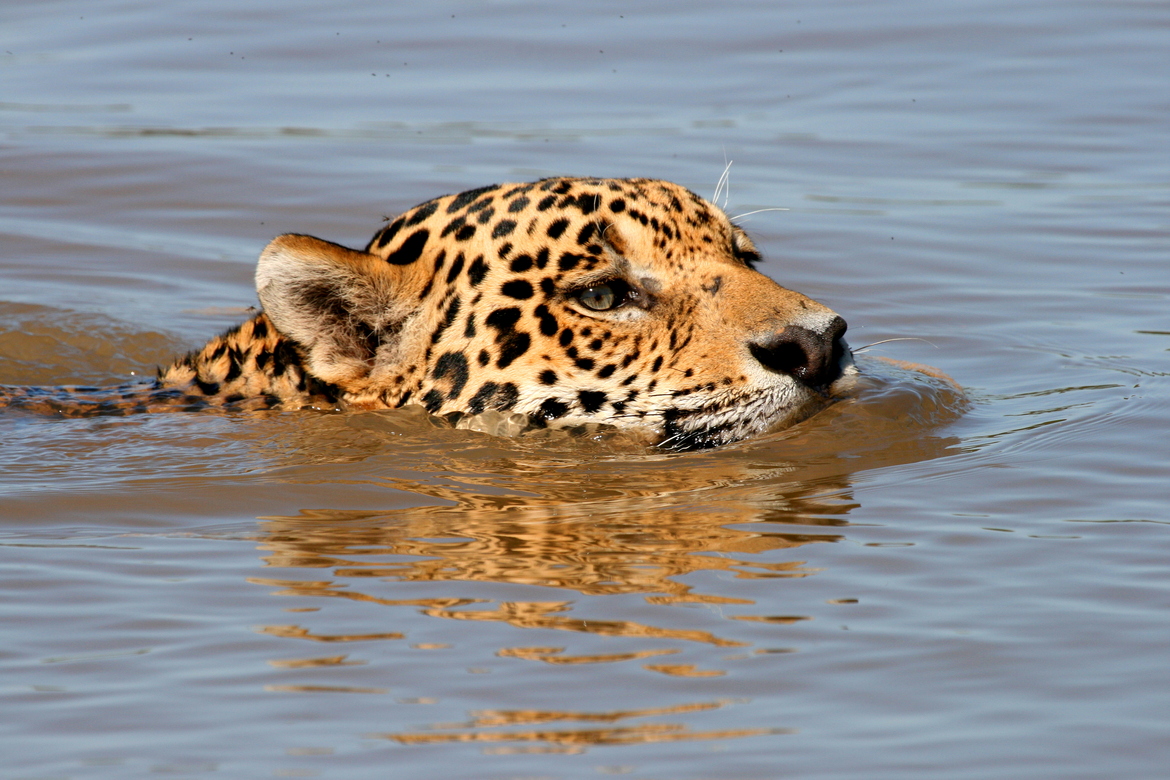 Female leopards can give birth at anytime of the year. They usually have two grayish cubs with barely visiable spots. The mother hides her cubs and moves them from one safe location to the next until they are old enough to begain playing and learning to hunt. Cubs will live with their mothers for about two years--otherwise, leopards are solitary animals.

Most leopards are light colored with distinctive dark spots that are called rosettes, because they resemble the shape of a rose. Black leopards, which appear to be almost solid in color because their spots are hard to distinguish, are commonly called black panthers. 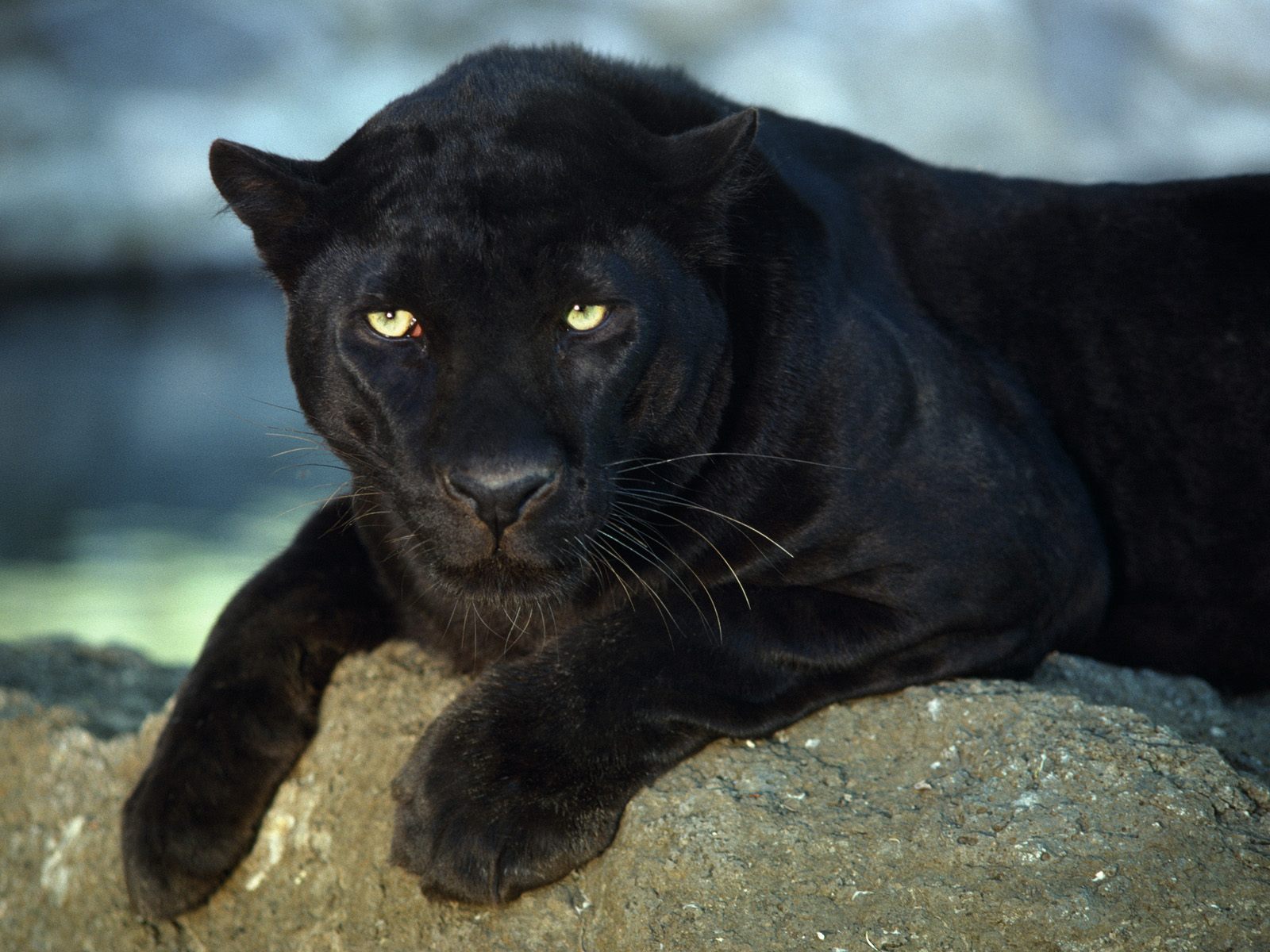